West Nile region has been host to a large number of refugees from South Sudan since 1990. As from April 2018, UNHCR estimated the total refugee population in the region at 955’624 people. As a result, refugees compete with the local population for the meager resources causing food shortage.

Uriama Sub County in Arua district, where the project is implemented, is characterized by marginal soils, degraded environment and low agricultural productivity. The sub county is also host to 90,000 South Sudanese refugees which is about 15% of the refugees in West Nile. Due to the obvious need to cab the problem of food shortage, PALM Corps is stepping in to feed 2’500 school children in two primary schools of Yelulu and Kiridoaku for one year. The project is providing Corn-Soy Blend (CSB), cooking oil and sugar for porridge; in addition fruits and eggs are provided to the pupils twice a week.

The project intervention is on the merge between emergency response to a food crisis and development including components of self-reliance and sustainability. The intervention  targets both host communities and refugees. However, dealing with two different groups who compete for the same resources requires a balanced and conflict sensitive approach. Therefore, PALM Corps is applying the “ DO NO HARM APPROACH” principle in ensuring conflict sensitivity in all undertakings. In specific by taking care that both groups –host and refugees- derive mutual benefits from participating in the project.

The project is aimed at improving food security and nutrition of primary school kids and their household members in West Nile sub region, Northern Uganda. Usually, children are only provided with one meal a day which is served during the evening. Thus as the children stay for 6 hours or more in school without food, hunger affects their well being and learning.

The parents or guardians of these children, experience crop failures due to climate variability and furthermore the food received by agencies is inadequate to meet the household nutrition needs. Therefore, the project is  building the capacity of the parents in climate smart agriculture to produce food.

Parents and guardians of the children are mobilized and sensitized to make in kind contribution such as firewood, local materials for construction of kitchen and energy saving stove and a small monetary contribution as this will enhance ownership of the project.

Screening of the target pupils using weighing scales, height boards and MUAC tapes is conducted periodically by the Nutrition Project Officers in the schools to assess the nutrition status of the pupils as well as monitor the growth rate.

The project is implemented by PALM Corps in partnership with Volkshilfe with funding from Nachbar In Not. While Volkshilfe is in charge of the overall/contract management, communication with the donors and PR activities, PALM Corps is responsible for the local project management which includes implementation of the project and coordination with local stakeholders. 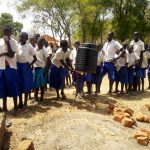 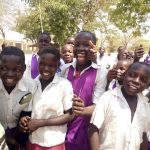 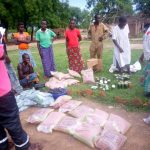 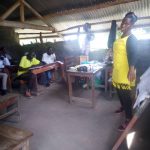 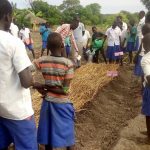 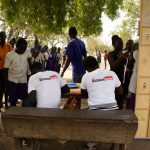